Gas vs. Electric Ranges – Which is Better for Your Kitchen Renovation – Pros and Cons 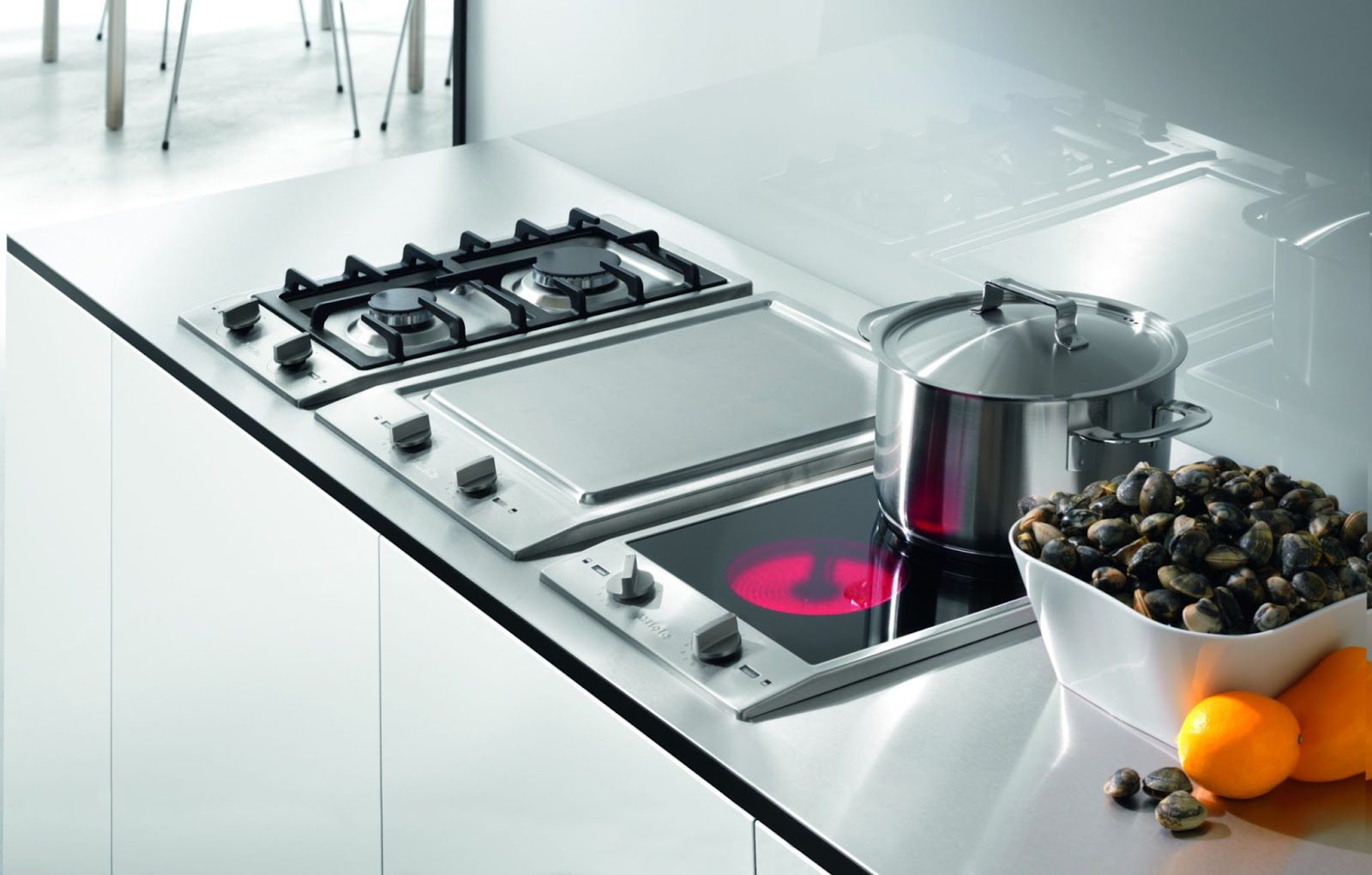 Are you thinking of freshening up your old home but not being able to decide whether to opt for modern electric stoves or conventional gas stoves?  Then hold on and stay with us till the end. By the end of this article, you will be clear regarding the best option to go for according to your needs.

Whether it is electric or gas, Stove plays the most important role in your cooking and baking, and therefore choosing the right one is a crucial task to perform.

Both gas stoves and electric stoves have the same function to perform in the kitchen, but each of these has its boon and bane. So, before getting into details of each stove separately, let’s get a rough idea of the factors to consider before choosing between either of two.

Things To Consider Before Choosing Between Electric And Gas Stoves

Choosing the right stove takes much more than deciding the color and finish. You have to evaluate and assess several factors at the backend before making a final decision. Some of the factors to have a squint at are:

The first thing to consider is the connection available in your house. If you have a propane hookup, go for gas stoves. And if natural gas lines aren’t available, electric stoves are made for you.

The operating costs of gas v. electricityTop 5 Kitchen Trends For 2022! vary from country to country. In some countries, gas rates are far higher than electricity rates. In that scenario, opting for an electric stove would be better in the long run.

The next factor to consider is the lastingness of the stoves; how long can they work without changing and with how much efficiency? The more energy supplied by the stove is transferred to the food directly without being lost, the more energy-efficient it is.

Last but not least, always go for the stove that you find easy to use. Temperature control should also be considered. The more heat the stove will provide, the faster you finish cooking.

As we are now well up on the factors to keep in mind while choosing the perfect stove for your kitchen, let’s dive into the fine points of each type, starting with gas stoves. 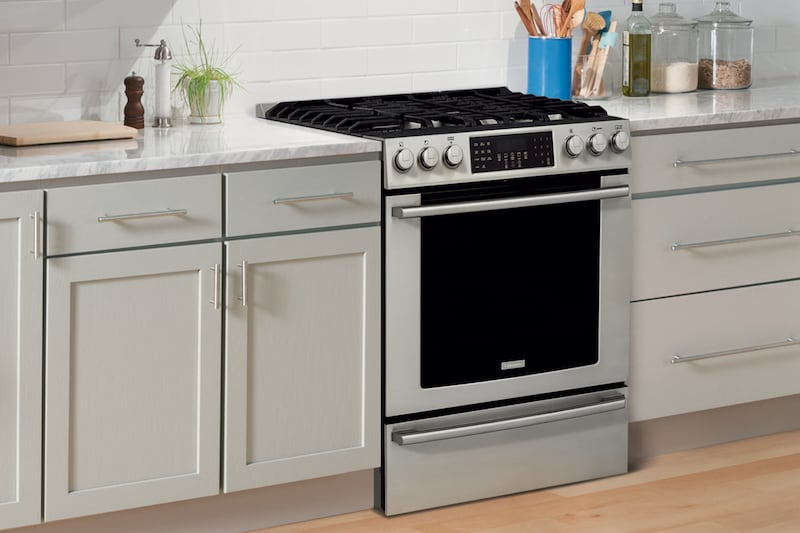 Gas stoves are the cooktops that require the connection of combustible gas like methane or liquid petroleum through built-in pipelines to function. In areas where pipelines aren’t installed, cylinders filled with liquid petroleum gas are used.

Being most frequently used by chefs and in homes too, Gas Stoves have their inns and puts to consider. Some advantages of gas stoves that can’t be overlooked are:

An open flame gas range provides you with complete control over the temperature. Moreover, it allows the food to be cooked evenly. Therefore, you can quickly make the flameless or more, depending on the need.

Quick Preheat And Cool Down

As the gas ranges operate on gas and not on electricity, they take less than a minute to heat up and cool down when the gas supply is turned off. The temperature response is very quick on gas stoves.

Gas stoves have ceramic caps and cooking grates that are removable, and hence, the grease can be cleared in no time. But how about cleaning the glass tops of the electric stove? No doubt, it will be more time-consuming and difficult.

One of the advantages of using gas stoves is that it provides long-run use. They consist of metal or steel crates and ceramic pulls. They are long-lasting and durable, making them the best choice for the heavy-duty work of the kitchen. They don’t break easily.

We all know that there is a corresponding disadvantage to every advantage. Chefs throughout the world praise gas stoves, and they also have some drawbacks to discuss:

Gas Leakage And Other Safety Issues

One of the major disadvantages and drawbacks of a gas stove is the problem of gas leakage. With the increased reported cases of blasts and deaths due to gas leakage, it is becoming an unreliable means to use.

Moreover, gas-burning releases various poisonous gases like carbon monoxide and methane, which are deadly for patients with asthma.

You are lucky enough if you have natural pipelines installed or methane hookups already present. But if neither of these is installed in your house, then the installation process can be highly uneconomical, costing you hundreds of dollars. The upfront cost ranges from $550 to $3200.

Gas stoves are generally easy to clean, as all you need to do is remove the crates and wash the grease off them. But cleaning them requires time. Pulling off the dirt and grease is not going to be that easy. 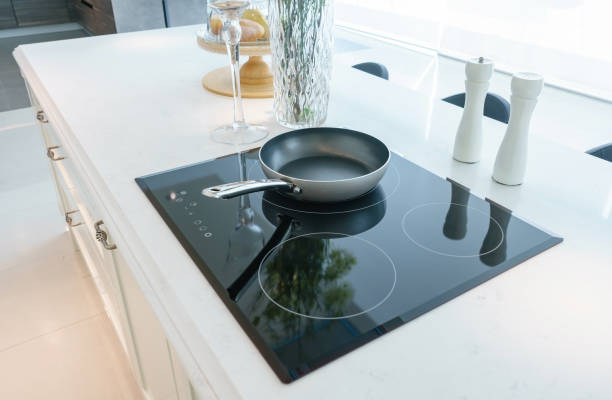 These are the new versions of our old school friend’s conventional gas stoves. They function in the same way but utilize electricity instead of gas. It got its plus points. Let’s look at them briefly.

Some advantages of electric stoves that we must keep in mind are:

Another advantage of electric stoves over gas stoves is the use of electricity. These stoves only utilize electricity for their operation. On the one hand, there is no release of harmful gases, and on the other hand, the issue of gas leakage is also not encountered.

If you buy electric stoves, the monthly bill depends on your area’s electricity and gas rates, but they are far more reasonable to buy when considering the upfront price. They are budget-friendly appliances.

The electric stoves have no crates or pull. They are flat in design and thus, take almost no time to be cleaned. Moreover, they offer a stable surface to the pots and pans, reducing the chance of falling.

Since you have studied the advantages of electric stoves in detail, now let’s bring into light some of its disadvantages too. The most commonly encountered disadvantages are:

One of the major disadvantages is its requirement for continuous electricity. If you live in areas where the electricity frequently outrages, then electric stoves can be a big problem to operate as they require a constant supply of electricity.

Electric stoves take a longer time to cook than gas stoves, as it takes time to heat up and then move from one temperature to another temperature. So, the temperature control is not fully in your hands. Moreover, it is reported that uneven heating of electric stoves results in unevenly cooked food.

Yet another issue mostly encountered is that on electric stoves, you can’t use any steel utensil for cooking like is in the case of gas stoves. Only the pans and other cooking utensils compatible with your stove can be used.

Gas Vs. Electric Stove – The More Convenient One 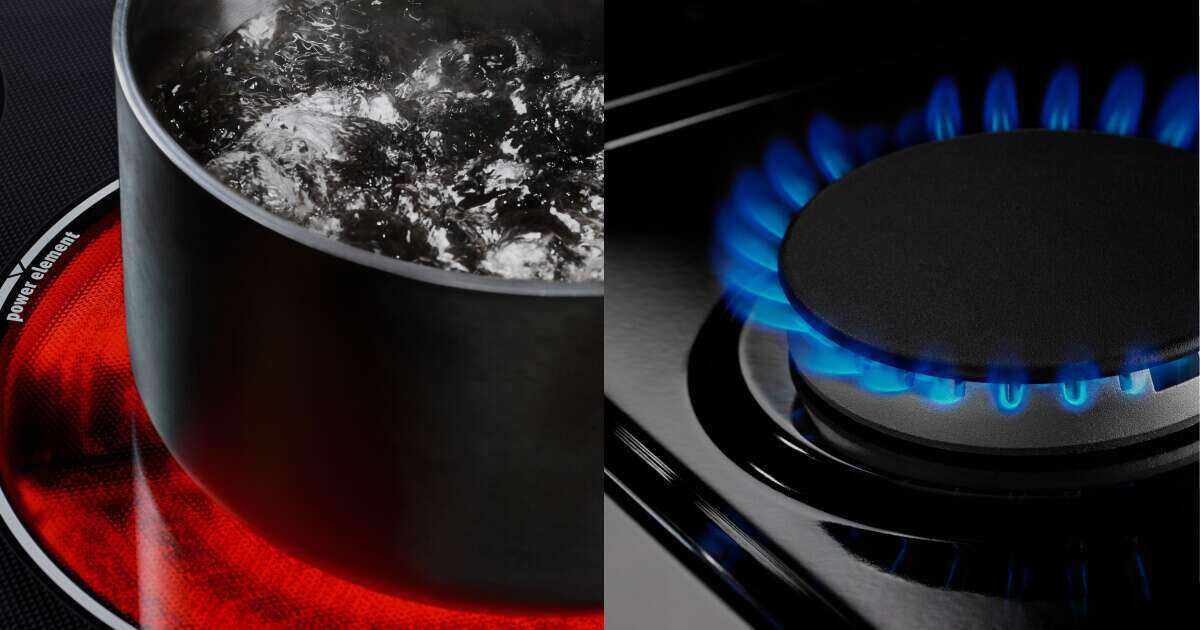 When it comes to convenience, it varies from person to person as per their usage. However, when asked by professional chefs, 97% of them agreed to find gas stoves more convenient due to temperature control and no electrical issues.

They agreed that they have to check on gas pipes to prevent any mishap due to gas leakage, but still, the convenience level of gas stoves is far more than that of electric stoves.

Gas Vs. Electric Stove – The More Expensive One

Whether the gas or electric stoves are more expensive depends mainly on their rate in your country. Mostly, gas stoves are 20 to 30% cheaper than electric stoves. The main expenditure of gas stoves is the installation process. Electric stoves not only require electricity but have other expenses like utensils that are compatible with your stoves.

Again, a clear-cut answer to this is gas stoves because cleaning them and removing the grease built on the crates can be a tough task to accomplish. At the same time, no such issue is found in cleaning and maintaining electric stoves.

Which One Of The Two Is More Energy Efficient?

Which One Is Bad For Your Environment?

Choosing either of the stoves is totally up to you. If you are a budgeted person, go for a gas stove. But in case you are not at ease with open flames or have asthma issues, electric stoves are best for you. Each got its pros and cons. Choose wisely as per your needs.

Get In Touch With Us!